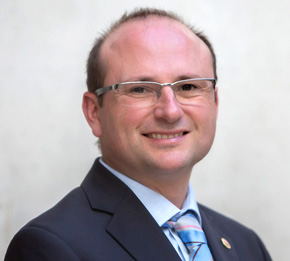 At the UPNA, he has held the positions of Head of the Students under the Vice-rector of Students, Employment and Entrepreneurship, secretary of I-Communitas-Institute for Advanced Social Research and secretary of the Department of Public Law.

Before teaching at the UPNA, he taught at the University of Navarre (1996-2001) and the Université de Pau et des Pays de l'Adour (2001-2003). He has completed numerous research stays at academic centres in the United States, Italy, France and Ireland.

He is also directing the Complete works of José María Jimeno Jurío, of which more than 50 volumes have been published.