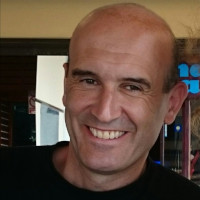 Javier Hualde Bilbao is Full Professor of Applied Economics since 2019. He holds a PhD in Economics from the London School of Economics and Political Science (2004), institution from which he also obtained a Master's degree in Econometrics and Mathematical Economics (1998). His teaching and research activities have been carried out at the London School of Economics (Temporary Lecturer in Economics), Universidad de Navarra (Assistant Professor, Juan de la Cierva and Ramón y Cajal contracts) and Universidad Pública de Navarra, institution to which he transferred his Ramón y Cajal Contract in October 2008. He has also been Principal Examiner at the University of London.

His research work focuses on the field of time series econometrics and, more specifically, on the study of a particular type of dependence called long memory, with particular emphasis on fractionally integrated and cointegrated processes. Among other works, he has published articles in leading scientific journals in the areas of economics and statistics such as Econometrica (1 article), Annals of Statistics (1 article), Journal of Econometrics (5 articles), Econometric Theory (3 articles) and Journal of Business & Economic Statistics (1 article).

He has extensive management experience in R+D+i programs. During the period 2011-14 he was member of the Coordination Team (Economics) of the National Evaluation and Foresight Agency (ANEP), Ministerio de Economía y Competitividad. Also, from July 2018 to August 2021 he was Coordinator of the area of the State Research Agency (Agencia Estatal de Investigación) of the Ministerio de Ciencia e Innovación. He has been member of many different Evaluation Commissions including the Convocatoria Jóvenes Investigadores (Plan Estatal de I+D+I, 2016), Convocatorias de “Excelencia” y “Retos” del Plan Estatal de I+D+i (2015), Formación Postdoctoral Research Contracts (2013), Ramón y Cajal Research Contracts (2011, 2012, 2013) and Juan de la Cierva Research Contracts (2011, 2012). Other merits include being External Evaluator of "La Caixa" scholarship programs (Europe, Spain, Asia-Pacific, North America) for postgraduate studies (2014, 2017, 2019), member of the Scientific Committee of the Symposiun of the Spanish Economic Association (2004, 2020). Since January 2022, he is the Secretary-Treasurer of the Spanish Economic Association.